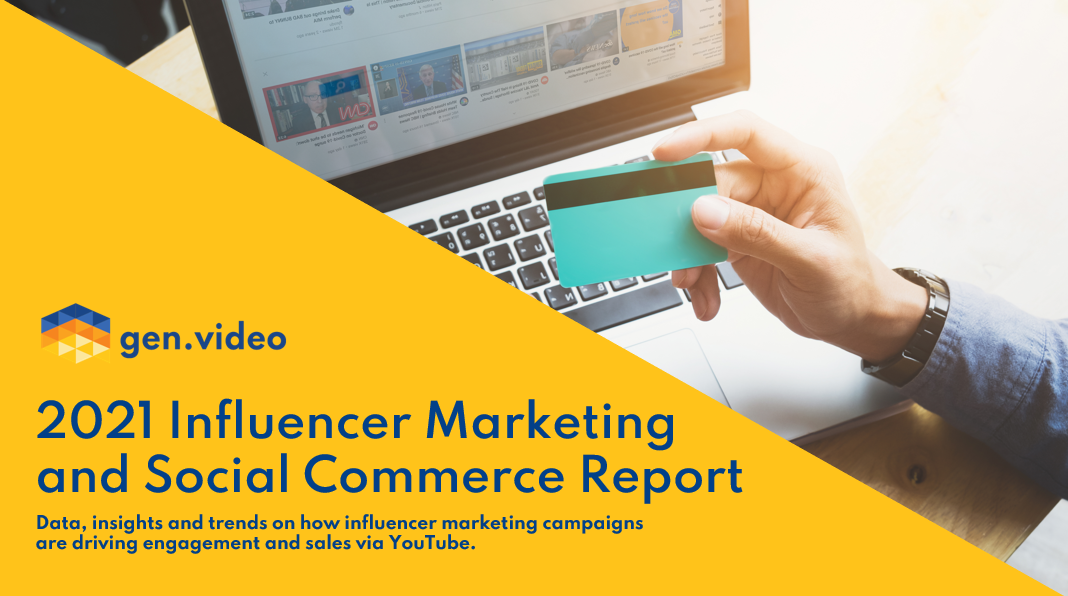 gen.video just released our 2021 Influencer Marketing and Social Commerce Report. In it, you will find data, insights, and trends on how influencer marketing campaigns are driving engagement and sales via YouTube. Below is a sneak peek of some of the surprising insights we found from over 1.6M retail sessions, 280 brand deals and 35M YouTube plays.

One thing we noticed in the report is the difference in behaviors by influencer tiers for mid (50k-249k followers), top (250k-749k) and macro level (750k+) influencers. While the macro influencers unsurprisingly drove more sales and had a stronger ROI, our data showed that mid tier influencers had a higher post engagement and conversion rate. This distinction is important to keep in mind when designing influencer marketing campaigns depending on the campaign goals.

We also noticed differences in behavior by vertical, where we compared metrics for both consumer packaged goods (CPG) and consumer electronics (CE). For CPG campaigns, we saw that influencer size didn't greatly impact the average sale, but with CE, top-tier influencers delivered 72% higher sales than mid-tier.

We found even more interesting insights when comparing the cost-per-views (CPV) and cost-per-clicks (CPC) for all 3 tiers in both verticals. For instance for CPG, despite a higher CPV, the CPC is the lowest for Mid-Tier influencers at 23 percent lower than top-tier and 11 percent lower than Macro influencers.

What else did we find and what does it mean for you? Click here to download our 2021 Influencer Marketing and Social Commerce Report. 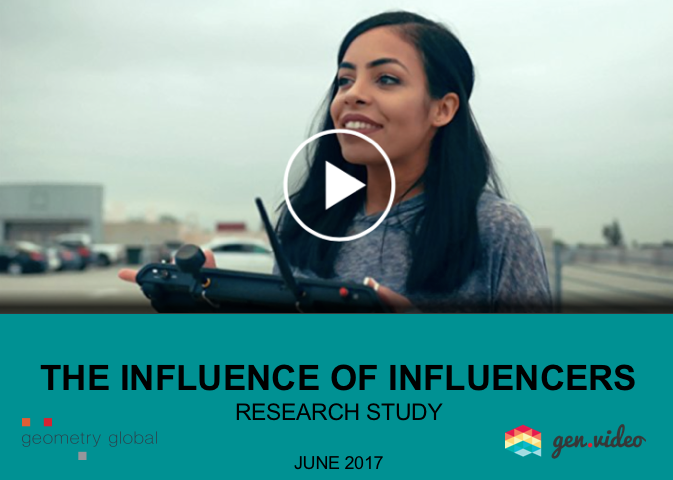 We are proud to announce the unveiling of our new research study, “The Influence of Influencers,” at Vidcon today.  gen.video and and Geometry Global, an...

Below are several newly released features of the gen.video platform to help you share and measure your influencer campaigns better than ever! Also, stay tuned over...