We are proud to announce the unveiling of our new research study, “The Influence of Influencers,” at Vidcon today.  gen.video and and Geometry Global, an award-winning shopper marketing and brand activation agency network, partnered on this landmark study to better understand the impact of Influencers and video content on the shopping behaviors of 1000 shoppers.

We found that 90 percent of social media users are influenced to make a purchase after seeing content on social media and is most effective in consumer electronics, fashion, food/beverage, health/beauty and travel. There has been a dramatic shift in shoppers most trusted source for  purchase decisions – Social media influencers are now  the most effective and trusted source at driving sales, 94 percent more than friends/family and more than 6X celebrities.

This morning at VidCon, the world’s largest online video conference for fans, creatives, and industry professionals, gen.video’s President Jessica Thorpe and Geometry Global’s Tish Allés, will present the research on the Industry Keynote Stage during their session: Research Debut: Just How Effective Are Influencers in Driving Sales.

The Influence of Influencers” is available for download here.

Here are some of the the Key findings from our research:

The Importance of Video:

We want to thank Geometry Global for their partnership and amazing insight, and hope The Influence of Influencers will provide brands marketers with the critical insights into what content formats have the greatest impact on sales and platform preferences of shoppers.

Meet Ally – our gen.video influencer of the month! She’s a born and raised California girl who strives to inspire her followers through her DIY and lifestyle... 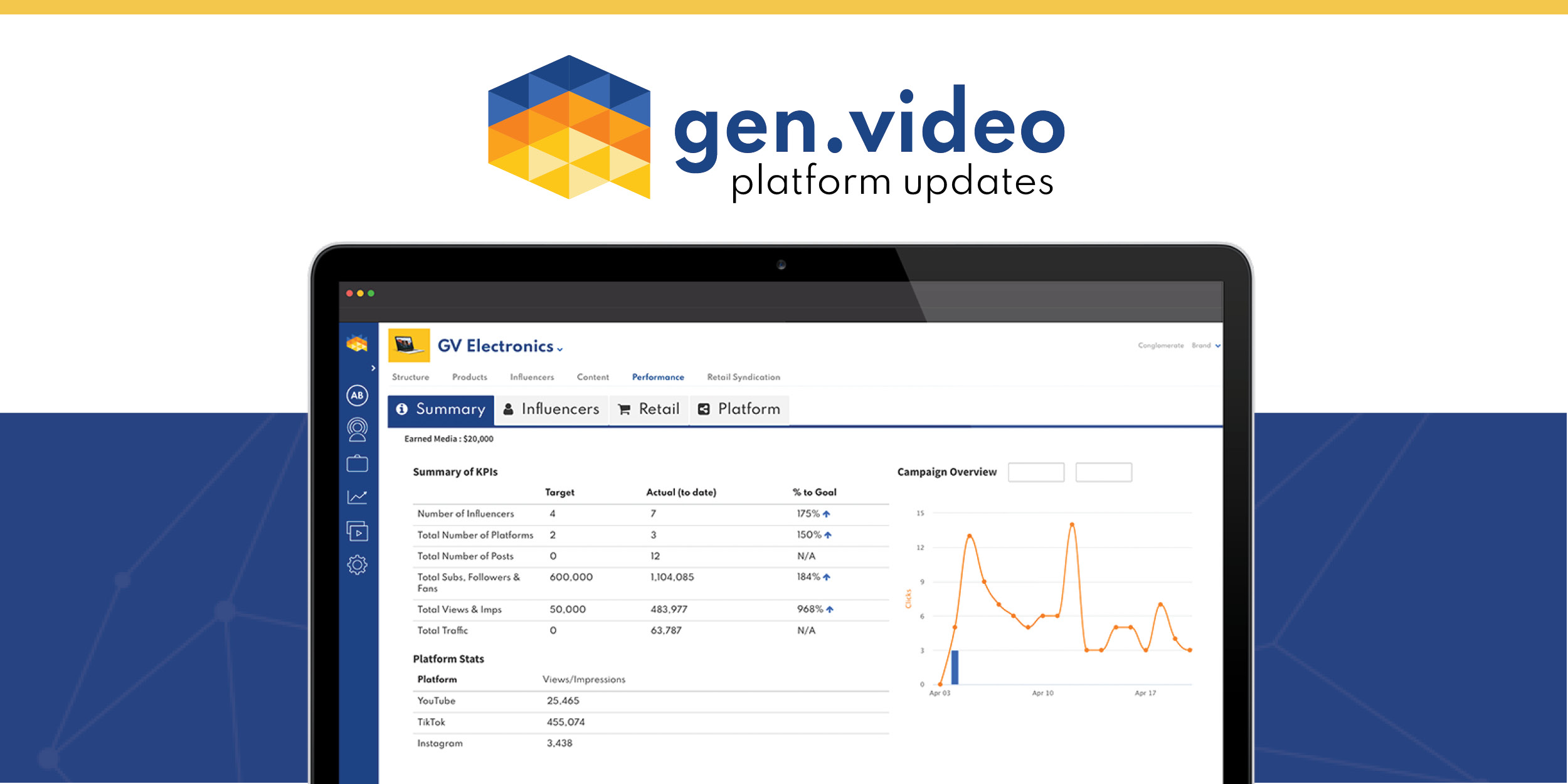 Below are several newly released features of the gen.video platform to help you share and measure your influencer campaigns better than ever! Also, stay tuned over...